Humpback whales (Megaptera Novaeangliae) are among the most common species spotted in Skjálfandi bay during the summer 2006. They were already here in April and still with us, hopefully for long...Graceful and magnificient animals, these marine mammals travel great distances to take advantage of the best breeding grounds and feeding spots. The ones coming to the rich North Atlantic waters to feed in the summer time travel from the southern oceans around the Caribbean were they winter. 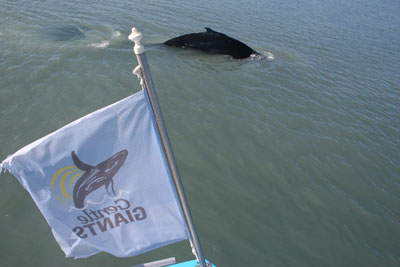 Being up to 17 metres of lenght and weighting up to 40 tons, it´s been  amazing to see these giants offering us great shows during our whale watching trips. Humpback whales are active, acrobatic whales. They can throw themselves completely out of water (breaching) 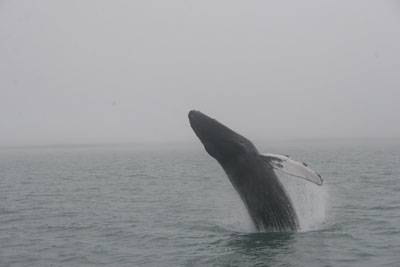 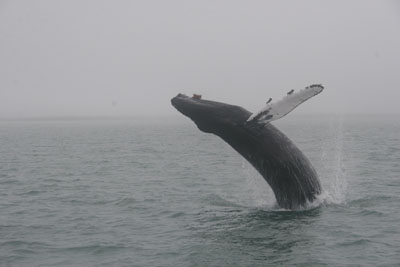 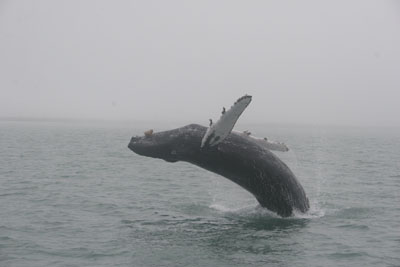 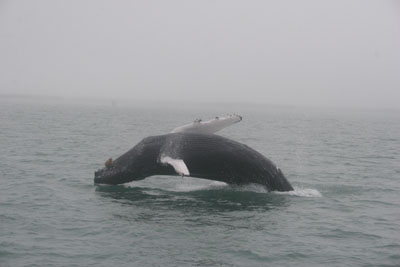 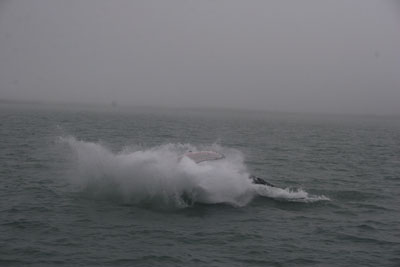 or swim on their backs with both flippers in the air 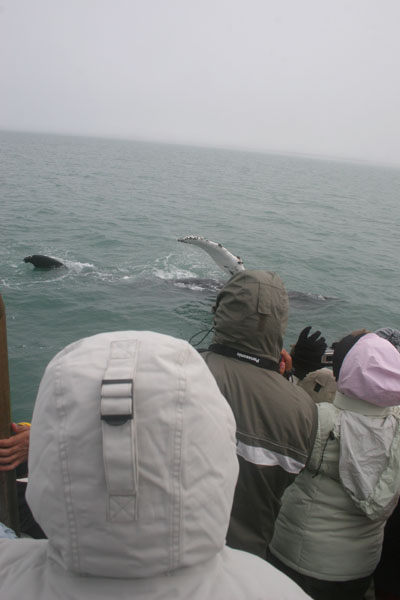 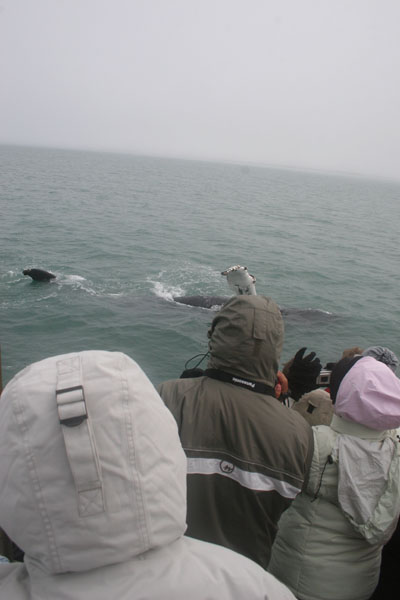 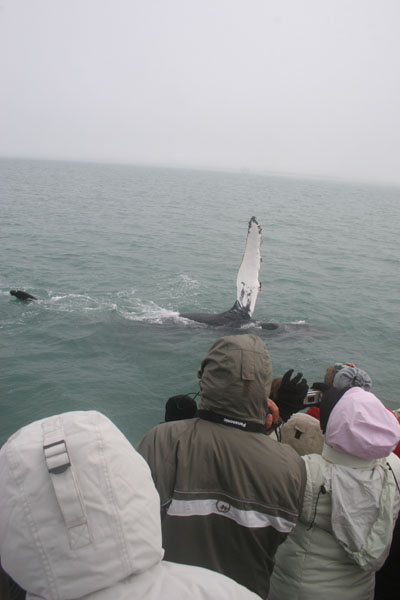 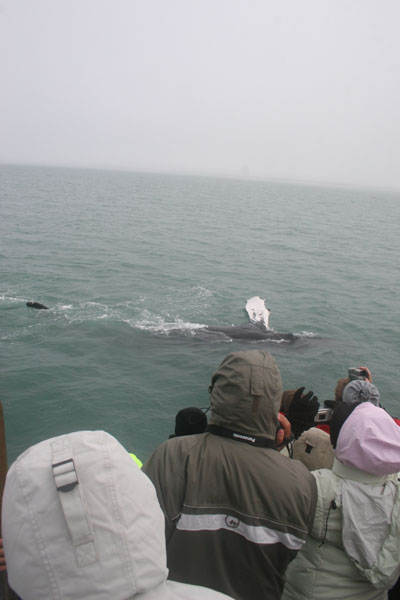 “flipper slapping” (using their flippers to slap the water)

And of course they eat a lot, up to 1 and a half tons of food in a day!!, mostly krill and small fish

or  they just relax