PLASTIC: HOW IT ALL STARTED

Depending on your point of view, the word OCEAN has always been linked to many good things in life: an ocean of love, sounds, opportunities, etc. Such beautiful words for an amazing environment. However, during the last years it has also been related to pollutants, noise and especially plastics.  Recently, members of the Gentle Giants team participated in the Dolphin Project Global Beach Cleanup and helped clean ca. 600kg of debris from the beach! This got us thinking, how did all this plastic originate?

Nowadays, almost everybody associates the word plastic with the major cause of pollution in the ocean but how many know its origin or meaning? Let’s shed some light on it.
The word ‘plastic’ originally meant “pliable and easily shaped” and it only recently became a name for a category of materials called polymers, which also abound in nature and are made of long chains of molecules.

Although earlier plastics had relied on organic material (cellulose) to substitute the natural ivory used for the billiards industry during the nineteenth century, the first fully synthetic plastic was invented in 1907 when Leo Hendrik Baekeland accidentally created Bakelite.
With this new revolutionary discovery, the human manufacturing was not constrained by the limits of nature and so allowed the society to enjoy a new world full of uncountable possibilities: a new era. Apparently, nobody paid attention to the possible future consequences for the environment since and the current situation is near to critical: not only because plastic kills millions of animals a year but also because it takes up to one thousand years to degrade and the most important: there is no known effective way to decompose them.

Some innovators are developing bioplastics, which are made from plant crops instead of fossil fuels, to create substances that are more environmentally friendly than conventional plastics. Others are working to make plastics that are truly biodegradable but what happens with the ones that had already been used and ended up dumped in the ocean? If lucky, they are returned to the shore and picked up by tireless brigades of people who normally work in an altruistic way all over the globe.

As a responsible whale watching company, Gentle Giants is always willing to help by lending equipment, supporting eco-friendly initiatives and donating money to these beach-clean up brigades in Húsavik through projects such as Sednaproject.com  or bplanet.blue.
It is time to act now by recycling and minimizing the use of plastics in our daily life because this will be our heritage for the upcoming generations.

Gentle Giants staff and other Húsavik community member hauling plastic debris up off the beach. 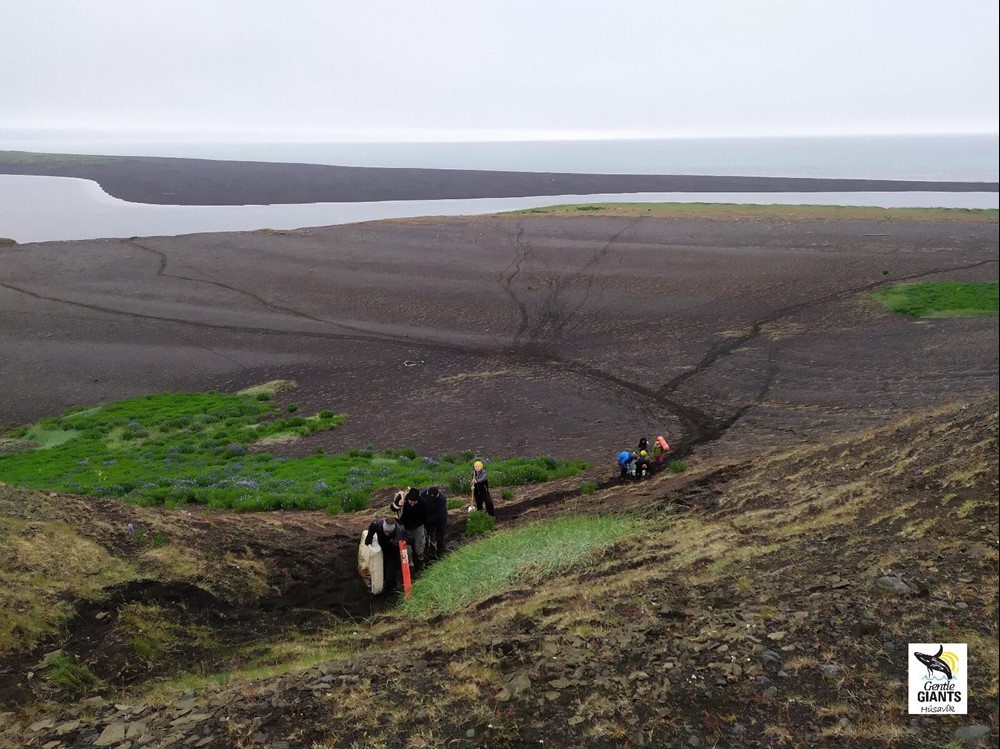 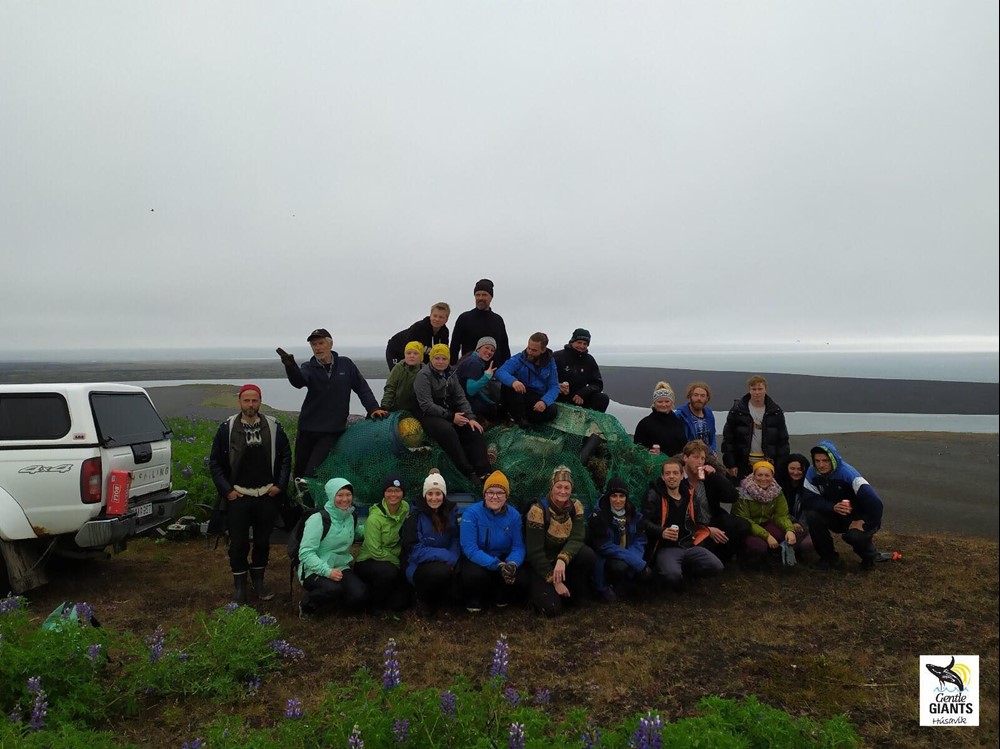 See what we promise you