THE MONTH OF CHANGES

August has to come to an end and as the month has passed by, Skjálfandi Bay has experienced many changes. Whilst days have started to get shorter again, meaning that the night sky and the dancing aurora are throwing their shadows onto the mountains and the sea at nighttime, also many bird species are settling to leave. Lundey (Puffin Island) is empty since about a week now as all puffins have left their burrows behind to start their journey back to the open seas. Also the arctic terns and fulmars are finishing off their nesting season and we notice a lot fewer of them to be around. On the other hand, northern gannets have been frequenting the bay for the last two weeks. The largest sea bird of Iceland (as well as the largest species among the gannet family) with a wing span of up to 180cm could be observed hunting for fish or just flying past nearby our boats, often circling the area whales and dolphins were feeding in. As for our precious whales, the feeding season is far from over and we expect the humpback whales to stay with us for many more weeks!

With the start of September we cut down departures for both, our GG1 Whale Watching as well as for the GG2 Big Whale Safari. For more information on our departure times for the months to come click here. 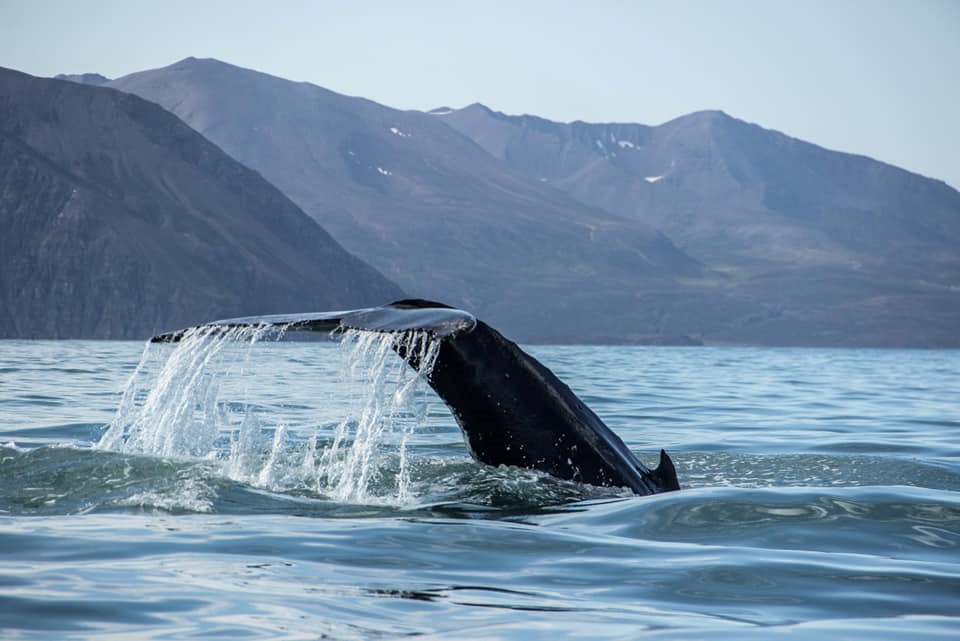 Húsavík – the Whale Capital of Iceland