In the end of October it was announced that Gentle Giants' tour GG2 Big Whale Safari & puffins received the GetYourGuide Awards 2019 for incredible travel experiences – the first ever Icelandic company to win the awards and the only company from Iceland winning this year. Out of over 50.000 travel activities in 7.600 destinations worldwide, our tour was chosen as one of the top 99 in the world. Earlier this week the award ceremony took place in Berlin, Germany, and Assistant Manager Daniel Annisius attended on behalf of the company. Here comes his story from the successful event.

"There was a big storm expected to hit Iceland. Severe weather warnings were issued for the whole country and likely that air transportation would be affected. I was scheduled to travel to Berlin on the exact dates of the violent storm. With short notice and quick actions, I rescheduled the whole journey to be able to leave Iceland before the storm and luckily made it safe and sound to Berlin in time for the event which I absolutely did not want to miss. Being half German, I am always happy to visit the country and this was no exception.

The main day started with a very nice guided sightseeing tour by foot organised by GetYourGuide. The highlights were visited and interesting to learn more about Berlin's fascinating history and sights as well as taking in the Christmas atmosphere enriching the city at this time of year.

During the day I was given a tour around GetYourGuide's new large headquarters which are located in an old power plant, followed by a business meeting. It was nice to see where it all happens and get to know more faces behind the key people that we cooperate with.

In the evening it was time for the celebration. It took place in a high-class restaurant in central Berlin. An official award ceremony was held where I was handed the awards on behalf of Gentle Giants. The evening included good speeches, delicious food, social mingling and fun conversations. Award winning companies from over the world were gathered together and it was valuable to meet other tourism operators to share experiences and knowledge of the international tourism industry.

All in all a great event and it is an honour for Gentle Giants and for our hometown Húsavík to receive such meaningful awards, being the first ever Icelandic company receiving them and the only ones from Iceland winning this year. It really shows that we all at Gentle Giants are doing great work and offering high-quality boat tours to our customers. I proudly represented the company.

I would like to thank the GetYourGuide organising team for inviting us to this successful event." 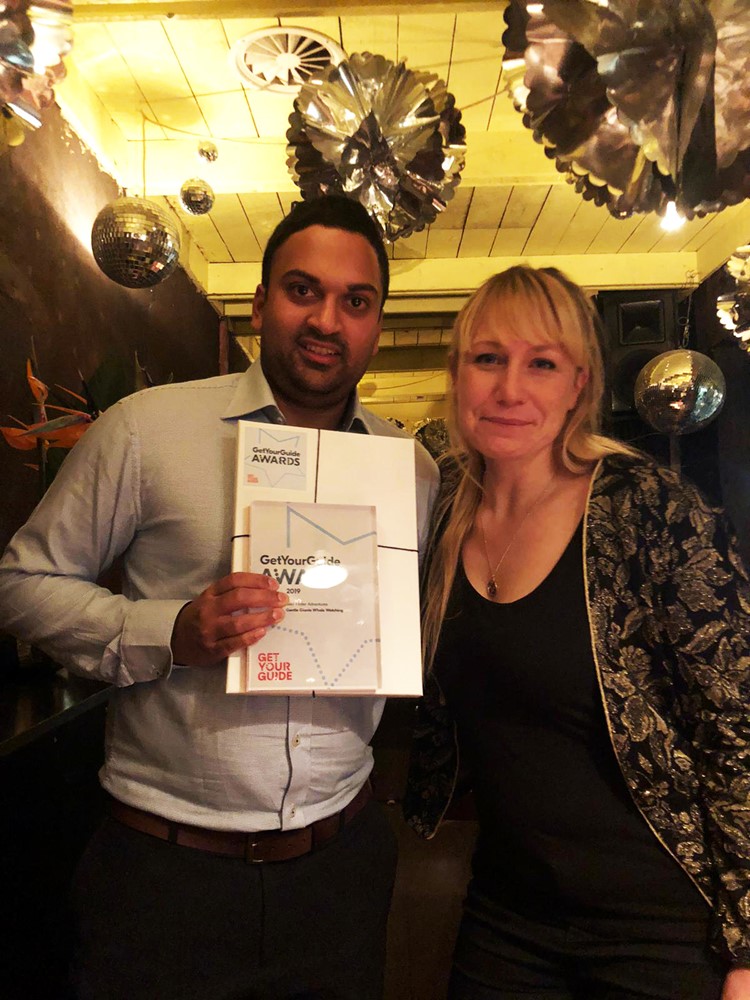 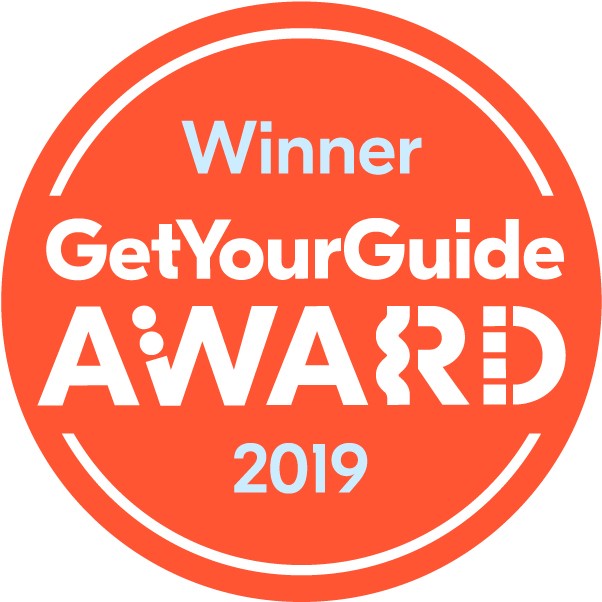 Read more about our partners